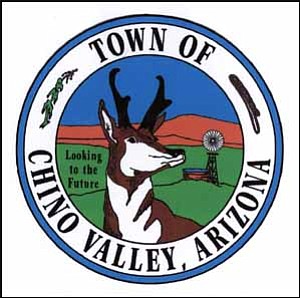 Chino Valley has a failing pump in its only well. However, with a small 35-gallon-per- minute well and the town's 1 million gallon water storage tank, Chino Valley has plenty of water for its 568 users for at least 2-1/2 months, Ron Grittman, engineer and Public Works director, told the Town Council Thursday.

He said the town's sole water source - the Country West Well - dropped from 500 gpm to 430 gpm this past week. "We are losing a pump," he told the council.

While the demand for town water remains low because of the recent rains, the town needs to proceed with drilling a new well, Grittman said. "It could go on for months or stop tomorrow."

Town staff initially discovered the pump problem in November 2009. The Public Works staff found the pump was producing sand while cleaning the 168,000-gallon water tank located by the well. The well is located on the east side of Highway 89 and south of Road 2 North. As a result, the town needs to have a contractor pull the pump and rehabilitate the well.

Grittman had hoped the town could put a pump in the Highlands Ranch Well, which is located south of Road 1 North on Arden Court, because it is the only site that sits immediately adjacent to the town's water distribution system.

Bright Star, which is responsible to equip this well as part of its development agreement, was planning to start work on the well the end of this year.

However, Grittman said, the well has problems. The well is one foot off-center 100 feet down so the pipe would have to bend around the hole's curves. The driller does not know if it can be equipped with a pump.

The council members, like the well driller, believe the best alternative for the town would be to drill a 17-inch-diameter well at the Bright Star tank site.

With the pump in the town's current well failing, Grittman said drilling will start this week. The driller will use a flooded reverse drilling technique. This way crews can equip the well quickly because they don't have to pull the usual debris out first, he said.

Grittman said if the town's pump should fail completely and/or if there is trouble drilling the new well, the town can get water from the City of Prescott's system in Chino Valley. "That would only be a fallback in the case of an extreme emergency," he said.

The town plans to install a 12-inch-diameter 200 horsepower submersible pump with 8-inch column propellers to pump 1,000-1,250 gpm in the new well. However, crews won't do that until they drill the well and test it to see what kind of water is in it.

"We won't know until the well is drilled and the water is tested if we will have to treat it for arsenic," Grittman said.