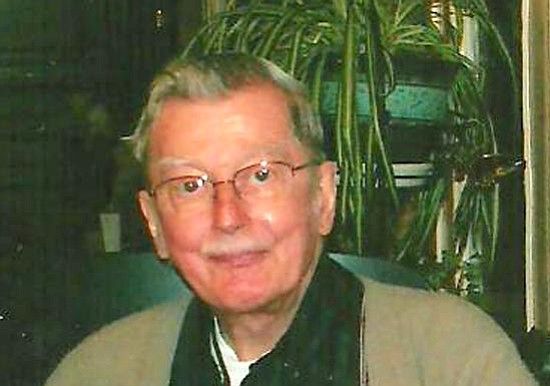 William Herbert Stiles passed away peacefully Jan. 30, 2010, at the New Horizons Care Home in Chino Valley, Ariz. His wife Jeanette and sister Vera Stewart were at his bedside as his struggle with Parkinson's disease ended.

Bill was born April 5, 1931, an Easter Sunday, at Butterworth Hospital in Grand Rapids, Mich., to Herbert Eugene Stiles and Esther Johanna Streblow of Shelby, Mich. Bill's father was a lumberman; he owned the saw mill/lumber company in Shelby, which was affiliated with the Stiles Lumber Co. of Grand Rapids, Mich. His mother, Esther, was a registered nurse - the first public health school nurse in Oceana County, Mich. Bill completed his high school education in Shelby; he enjoyed photographing athletic events, processing and printing the pictures, and being newspaper and yearbook editor.

Bill served in the U.S. Air Force from 1951-1955, where his area of expertise was as a radar technician. He had begun college at University of Michigan before enlisting, and completed his B.A. at El Camino College in Long Beach, Calif. On Dec. 21, 1956, he married Jeanette Schmidt in Santa Monica, Calif. Throughout his career as a computer systems analyst, the majority of the time - 24 years - was with the Xerox Corp. in El Segundo, Calif. In 1989 Bill retired, and three years later he and Jeanette moved from Torrance, Calif., to Prescott, Ariz., where he designed and oversaw construction of their new home.

Bill was a lifelong Missouri Synod Lutheran and was very active in the churches in which he and Jeanette were members, especially in areas of computer technology and finance. Although a very quiet man, this gentleman was known for his droll sense of humor and willingness to help people with their computer problems. Hobbies included tennis, ham radio, slide photography, and card games - especially pinochle.

He is survived by Jeanette, his wife of 53 years, and his only sibling, sister Vera (James) Stewart of Prescott. He was preceded in death by his parents and only child, Theresa Kathleen Stiles. He is also survived by his three brothers-in-law: Bud Schmidt of San Jose, Calif., Robert Schmidt of Elsah, Ill., and Paul Schmidt of Canyon Lake, Texas, and sister-in-law Jane (Schmidt) Yanis of Alexandria, La., and their families, as well as numerous cousins, nieces and nephews, and grand-nieces and nephews.

The family is planning a memorial service in Prescott. At a later date, there will be a graveside committal service at the Stiles plot in the Greenwood Cemetery in Grand Rapids, Mich.

In lieu of flowers, the family suggests a donation to the American Parkinson Disease Association in memory of William Stiles.