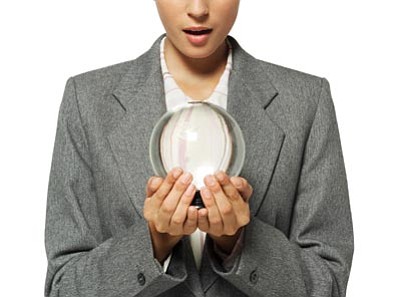 Despite continuing foreclosures and short sales - which depress home values - real estate agents and brokers generally predict a healthier housing market in 2011 in the tri-city area.

They said it is a good time to buy homes.

However, they said market improvements will depend on the overall economy as well as fluctuations in interest rates. They also said 2010 has not been a bad year.

"I think we will see a little bit of an uptick, but I don't think you are going to see a big swing," said Dan Speights, owner/broker of West USA Realty in Prescott, Prescott Valley and Chino Valley. "Everybody is so concerned about all the foreclosures. Foreclosures and short sales continue to be less than 25 percent of our market as far as properties for sale."

"Well-priced properties that are desirable, that are well-maintained, we are starting to see competition for those properties" from potential buyers, Kurtz said. "I think it is a sign that you have buyers who are interested, who are willing to pay a fair-market value."

Nevertheless, homes in the tri-city area have dropped in value since the national recession began three years ago. A home valued at $300,000 in 2005 will be available in 2011 for $175,000, said Kim Horn, broker/owner of Nextage Southwest Premier Realty in Prescott.

Horn, who has worked in the real estate field for 24 years and is the former president of the Prescott Area and Arizona associations of Realtors, said 2011 will augur "probably the biggest buyers market we will see in our lifetime" - if buyers can qualify for loans.

"The most difficulty next year is we will have a very, very affordable properties on the market for sale," Horn said. "You will have a good amount of buyers who want to buy the properties, but the loan processes are becoming so difficult."

Horn said the federal government guidelines have tightened the requirements for borrowing money.

To meet the preliminary qualifications for loans, would-be buyers must have a stable job or source of income, Kurtz said. They also need a good credit score, generally 640 or higher for Federal Housing Authority-approved loans.

"What we are seeing is once the loan gets to underwriters, underwriters are coming up with some unusual requirements, like they want to verify income in more than one way," Kurtz said. "If you have any clouds on your credit, you have to give them solid explanations."

One advantage for buyers is lower interest rates, according to Speights.

"Obviously, from the financial end, the (mortgage) rates are still good," Speights said. "You can still get a loan for about 5 percent."

Rates as of Thursday morning were 5.01 percent for 30-year fixed mortgages under $417,000, according to bankrate.com.

"We've got interest rates going up," said Brad Bergamini, seller specialist at Reality Executives Northern Arizona in Prescott. "I don't know if that is good or bad. It means higher-priced homes will be less affordable to buyers."

Unlike other real estate sales people, Bergamini does not expect the market to improve in 2011.

"The trends are that prices for homes are still going down," he said. "There is still a glut (of homes for sale). There are more foreclosures every week. ... We still don't have jobs."

However, Speights said, "Our area is not as dependent on people who have jobs. It is still a retirement community."

Speights, Bergamini and Kurtz offer the perspective of selling real estate in the area for 10 years.

Nancy Biggs, owner with husband Brian of Prudential Northern Arizona Real Estate in the Prescott Country Club for five years, said it is in her nature to be an optimist.

"Well, you know, I am going to say it is a great time to be a buyer," Biggs said. "We actually think it is going to be better in 2011. Inventories are decreasing. Buyers are getting off the fence and buying. We are hoping for a hot spring. By summer we may see a stronger market."