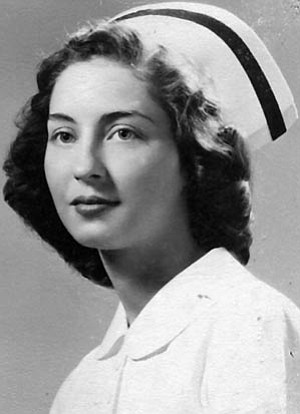 Mrs. Howson was born July 2, 1928, in Van Wert, Ohio. She was the only daughter of Dewey and Geneva Blake. After graduating from Waldren High School, she attended Foote School of Nursing, graduating in 1949 as a Registered Nurse. She worked at Foote Memorial Hospital in Jackson, Mich., where she met her eventual husband, Glendon R. Howson, at the time a member of Michigan State Police troop assigned to the Jackson area.

The Howsons were married in Jackson on Oct. 14, 1950. In 1955, Mr. Howson joined the U.S. Treasury Department's Customs Service and the family began a journey that would lead it across much of the U.S. Their homes included Massapequa Park, N.Y., Brownsville and EI Paso, Texas, Cleveland, Ohio, St. Louis, Mo., and Nashua, N.H.

In 1975, the family moved to Prescott, Ariz., where Mr. and Mrs. Howson would officially retire two and a half years later. In Prescott, Mrs. Howson performed volunteer work at Yavapai Regional Medical Center for nearly all the 28 years she lived in the community.

Mrs. Howson is survived by her husband of 60 years, Glendon; two sons, Craig of Clinton, N.J., and Kim of Bedford, N.H.; daughter Beth of Reno, Nev.; and granddaughters Lauren and Emily, both of Bedford, N.H.

In lieu of flowers, the family suggests donations to the Peace Harbor Hospice, Florence, Ore. These may be sent to Burns's Riverside Chapel Florence Funeral Home.