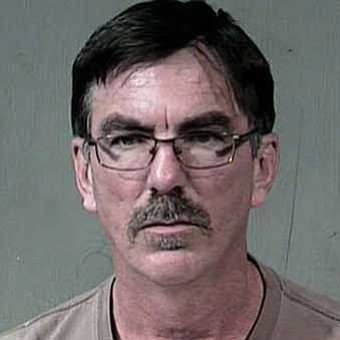 A federal grand jury in Phoenix returned a six-count indictment against Russell James Dean, 51, of Lincoln, Calif., charging him with multiple bank robberies in Arizona, including the robbery of the Wells Fargo Bank in Prescott earlier this month.

Dean is being held in Phoenix until his trial, set for Feb. 1, 2011, before U.S. District Judge Frederick J. Martone in Phoenix, said Lt. Andy Reinhardt, spokesman for the Prescott Police Department.

Dean is accused of robbing six banks in Flagstaff, Phoenix, Prescott and Surprise, Ariz., between Oct. 22 and Dec. 11, 2010, said Manny Tarango, spokesman for the office of the U.S. Attorney, Dennis K. Burke of the District of Arizona.

The suspect was called the "Skeletor Bandit" because, in the first four robberies, he wore a Halloween-style rubber mask that resembled the 1980s "He-Man" cartoon character Skeletor, along with a black hooded sweatshirt. He also allegedly displayed a gun in those robberies, Tarango said.

Dean is suspected in the Oct. 22 armed robbery of the Sun West Bank in Flagstaff, and another just three days later at a Wells Fargo Bank in Flagstaff. In both instances, the suspect wore a Halloween mask designed to look like an old man, was armed with a handgun and left on a bicycle.

In the last two robberies in Prescott and Phoenix, Dean wore a fake beard, wig and nose along with a New York Yankees cap and told witnesses he was armed, Reinhardt said.

"The indictment alleges that the defendant used a weapon during his robbery and placed innocent lives at risk," Burke said.

Shortly before 1:30 p.m. on Dec. 8, Dean walked into the Wells Fargo Bank, 825 Miller Valley Road in Prescott, and told tellers it was a robbery, demanded cash, and then fled the bank on foot with an undisclosed amount of money, which has been recovered, Reinhardt said.

Two tellers estimated that the suspect stole about $2,500 in cash from them, according to the Prescott police report.

Phoenix police officers arrested Dean on Saturday, Dec. 11, in connection with a bank robbery at a Bank of America near 52nd Avenue and Baseline Road in Phoenix, and worked with the FBI's task force to determine if he was a suspect in other recent robberies.

Prescott police detectives worked in conjunction with the FBI and Flagstaff and Surprise police departments to identify the suspect, who was linked to the six bank robberies throughout the state, Reinhardt said.

If convicted, Dean could be sentenced to as long as 25 years in prison and fined up to $250,000 on a charge of armed bank robbery, Tarango said.