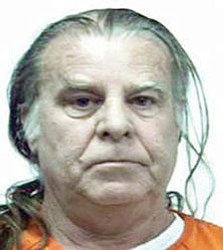 Prescott police arrested Hebb, 63, then the owner of the Conoco Food Mart in Prescott, on charges of felony sexual abuse after a woman said he fondled her when she tried to pay for some items at the cash register.

On April 8, the woman told police she went to the store in the 2800 block of Willow Creek Road to buy a snack and a drink but was a little short of the amount she owed, and told that to Hebb, who then allegedly reached over the counter and fondled her breast, said Lt. Andy Reinhardt, spokesman for the Prescott Police Department.

"He did admit to the victim that the reason he grabbed her was to get what he described as a cheap thrill," Reinhardt said.

When Ray objected to a certain test used to determine if Hebb was likely to do something similar in the future, Kiger told him the test "is a tool, and I understand that."

"This has been Mr. Hebb recognizing the harm he caused and the stupidity of his actions," Ray said. "And if ever a point has been driven home, as Dr. Stewart pointed out there is virtually no likelihood he will ever be in court again. He is humiliated by his behavior."

Then Kiger asked Hebb if he had anything he'd like to say.

"The only thing that I can say is that I am truly sorry and I apologize for it," Hebb said.

Kiger told Hebb, "You have definitely harmed the victim. However you look at it you created emotional distress for her that is ongoing."

As conditions of his probation, Kiger ordered that Hebb not possess or consume alcohol, that he undergo counseling as determined appropriate by adult probation and that he have no contact with the victim.

Kiger also told Hebb that if he did not meet the conditions of his probation that he would order Hebb to serve 90 days in the county jail.

"The keys to jail are in your pocket," Kiger told Hebb. "If your probation officer determines you're doing well on probation then you will not see the inside of the jail. If they determine you are not meeting conditions, then you will go to jail."

Afterwards the victim in the case, who did not want her name to be used, said, "I'm OK with the sentence. I know there are other victims and they didn't come forward. It doesn't excuse his behavior. His actions got him where he is."

The victim said she was concerned because Hebb was working at a similar type store locally.