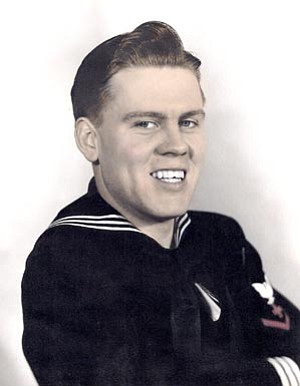 Bob graduated from high school in Riverside, Calif., and, one year later, he joined the U.S. Navy in December of 1942. After the military, Bob worked in Southern California as the area manager for the Edison Co. He retired after 36 years. Bob felt community involvement was very important. He was on the organizing board that started Copper Mountain College in Joshua Tree, Calif. He was a member of the Rotary with 28 years of perfect attendance. Bob was also a member of the Masons for 52 years. His hobbies included photography, building outdoor "G" gauge model railroads, and he loved to travel. His sense of humor was well known by all who knew him. His greatest love was his family.