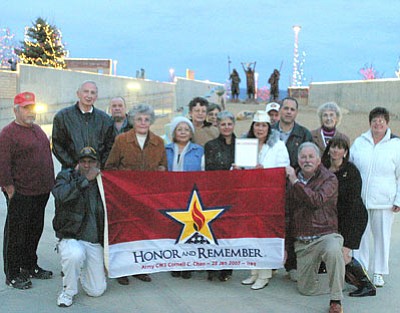 George Lutz, founder of the Honor and Remember Foundation, presented a special flag that honors soldiers who have been killed in action, to Gold Star Mother Jasmine Crowl on Sunday, Dec. 5 at the Prescott Valley Civic Center. Family and friends joined Crowl for the ceremony.

Jasmine Crowl, who now lives in Prescott Valley, is active in helping other Gold Star mothers and honoring the sacrifices of fallen military members.