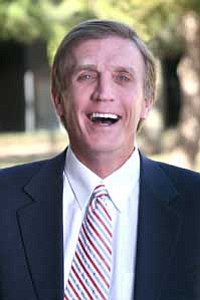 Prince William paid tribute to Princess Diana at a lunch in London Monday. She was a pioneer. When Diana got engaged to Prince Charles, the law required that she pass a virginity test administered by a gynecologist - a procedure known today as airport security.

Prince Charles' car was attacked by student protesters rioting in Regency Square Thursday. They smashed the windshield, threw paint on the hood, and kicked dents into the Bentley. The next day Episcopal churches in Los Angeles held services for the car.

House Democrats erupted in anger at President Obama Thursday over his tax cut extension and free trade deal and federal pay freeze. The liberals cursed his name in the Capitol. Ever since Obama joined the Ditto Heads he's become a man without a country.

The U.S. Senate voted Thursday to keep the ban on gays in the U.S. military. Gay people want to be in the Army and they want to be married. It just shows you can live the world's most libertine lifestyle but it's not really living unless someone is right there to yell at you.

The Supreme Court heard arguments Thursday on Arizona's new immigration law, which punishes employers who hire illegal aliens. Nobody's rioting. Polls show that most whites and Hispanics hate each other in Arizona, but because they're in Arizona, it's a dry hate.

The U.S. Senate tabled Harry Reid's Dream Act, which would have given children of illegal aliens in-state tuition. The title derives from a vote they took 10 years ago. Congress was asked to consider Bill Clinton's Dream Act, and they impeached him for it.

The San Diego County Sheriffs blew up a home on national television Thursday that was being used by a renter as a home-made bomb factory. The homeowner learned a lesson. It's a lot smarter to let your house go into foreclosure than to rent to a Californian.

WikiLeaks' Julian Assange remain jailed in London on Swedish charges that he had casual sex with multiple partners without using a condom. He had no idea that was a crime anywhere. Until now the only birth control he ever used was his personality.

The White House said Friday it knew that North Korea shipped long-range missiles to Iran last week. The CIA is efficient but very edgy lately. If WikiLeaks is going to give out everyone's secrets for free, the CIA is about to be as out of business as Tower Records.