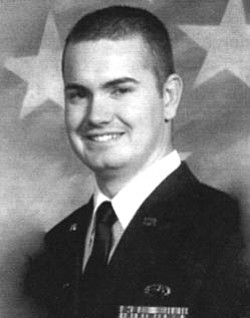 SSgt Kaur signed up for the Delayed Entry/Enlistment Program on Sept. 18, 2001. His enlistment began only four days out of high school on June 5, 2002. Upon completion of basic training, his next hurdle was technical training at Keesler AFB, Miss. Completion of training earned him the title of military pay technician, which he would apply at his first assignment with the 319th Comptroller Squadron at Grand Forks AFB, N.D. With a firewall five attitude, he quickly moved to the top as he pushed every metric he could influence above goal and was recognized as #1 of 5 airmen. For his commitment to excellence, Ira was recognized as the AMC Financial Management Airman of the Quarter in March 2005 and March 2006. In February 2007, SSgt Kaur began work at the Air Force Financial Services Center. With the same commitment to excellence, he improved processes, resulting in pay records being updated 70 percent faster, increased Permanent Change of Station processing accuracy and timeliness by 56 percent and earned Military Pay Airman of the Quarter for March 2008. Due to his expertise, SSgt Kaur was utilized as a liaison with IBM to develop financial software. Recognized for his ability to adapt and improve processes, SSgt Kaur was hand-selected and entrusted to work in the Commander's Support Staff, where he quickly learned and applied the duties of a personnelist, serving all 346 AFFSC military members.

Good-natured, highly driven individuals such as SSgt Kaur are few and far between. He was without a doubt a very positive individual who gave all he could for his family and his country.

Relatives and friends are respectfully invited to SSgt Kaur's Memorial service with full military honors at the Unity Church of Prescott, 145 S. Arizona Ave., Prescott. Interment will be private.