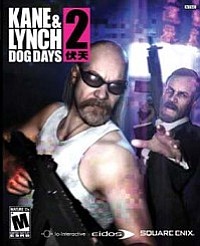 Only two weeks until the intentions of well-known Metroid hunter Samus Aran will finally be revealed to those who own the Wii. This week has a few great releases for online multiplayer; the very popular City of Heroes/Villains Game franchise is getting a new upgrade in Going Rogue. Also in less than a month Halo: Reach will finally hit shelves. IF you're as excited as I am.... Then you know a gamer's patience can only last for so long.

Here are your releases for this week:

City of Heroes Going Rogue implores you to walk the line between good and evil in an epic urban battle in which the outcome depends on one person - you. Don the powerful costume of a superhero or a supervillain as you fight your enemies with brute force and extreme power, and if you have a change of heart, just change your allegiance on the fly. Whatever moves you make in this murky war, rest assured they'll have an impact on the MMO action, as well as your destiny. As you conquer the City of Heroes Going Rogue expansion challenges, you can also explore the original City of Heroes and City of Villains, included in the Complete Collection.

Kane and Lynch 2: Dog Days takes you on a heart-pumping journey through the streets of Shanghai. Play as the psychopathic Lynch or the ex-mercenary Kane as you evade your pursuers and jump, run and fight your way through seedy streets and gritty rooftops. Take on the underworld in this brutal crime shooter but keep an eye on your player - you never know if he'll snap. Fragile alliance multiplayer mode, arcade modes, single-player, online and offline co-op modes offer plenty of opportunities to test your shooting skills as you side with these two unhinged criminals.

*Release dates can change without notice from publisher*