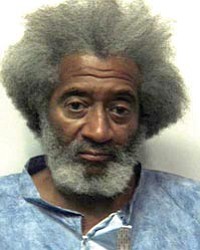 After listening to arguments Monday, Superior Court Judge William T. Kiger postponed ruling on a motion by defense lawyers for Calvin Turhan Divens to keep some information about his personal life secret from the prosecution.

Divens, 60, could face the death penalty if convicted of first-degree murder in the Aug. 30, 2009, death of John Steven Chance, who was both shot and stabbed. Divens, of Prescott Valley, surrendered to police after a two-hour standoff. During the impasse he asked police to kill him.

Police said Divens told them during their negotiations with him that he had killed Chance. After Divens' arrest, police found Chance's body in the garage of a house on the 4800 block of Hacienda Lane in Prescott Valley.

Defense lawyer William H. Feldhacker asked Kiger to allow the defense to keep some information concerning Divens secret from the state unless he is convicted and a penalty phase of the trial is needed.

Feldhacker argued that the prosecution's motion to compel the disclosure of "a plethora of information before there is even a conviction" would hurt Divens and deprive him of his constitutional right to a fair trial since the deputy county attorneys might use it against him in the guilt phase of the trial. He asked Kiger to either seal the information or "prohibit them from using it in their case-in-chief."

Kiger asked Feldhacker how the state is supposed to prepare for the next parts of the trial if the defense withholds the evidence.

"There would be no ability for them to prepare," Kiger said. But he also said he was concerned that the evidence could leak into the guilt phase of the trial.

"It just doesn't seem like the way we do trials," he said. Kiger told the lawyers that he suspects no matter how he rules higher courts will review his decision.

Feldhacker suggested a delay in the parts of the trial, if needed, to allow the state time to prepare, a circumstance not unheard of. He noted the murder trial for Steven DeMocker, just down the hall, was delayed for five weeks because of a judge's illness, then the jury came back and it started again.

"What they're telling this court is: We get the whole enchilada," Feldhacker said. "How did it morph that they get this information for their case-in-chief?"

"I'm asking the court to ensure that Mr. Calvin Divens gets a fair trial," Feldhacker added.

Deputy County Attorney Bill Hughes told Kiger that requiring the defense to turn over the materials is constitutional and required by a rule from the state Supreme Court. Also, court rules require a death penalty trial to go to the next phase the day after a jury convicts a defendant, he said, not several weeks later. Because the defense might call expert witnesses in mental health or pharmacological issues, the state needs to be able to review their opinions and have their own experts in place, he said.

"A trial is a search for the truth," Hughes said. "The defense is asking that evidence be suppressed."

Kiger also set a probable cause hearing to allow the defense to try to dislodge the death penalty aggravators against Divens for Nov. 4 and 5.