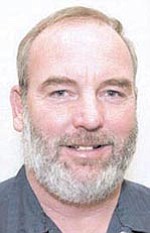 Some of the home inspectors were a little upset with me, because I serve on the BTR Home Inspector Rules and Standards Committee. They wanted to know why we (the committee) would support this and require home inspectors to inspect pools.

Following is an e-mail I received after my last column:

We recently purchased a 5-year-old home in Prescott, which had a very nice, thorough inspection.

Once we moved in, we started renovation work. While adding a hole in the roof for a new skylight, we were flooded with water! First thought was that we had hit a waterline that was buried in the foam roofing. Instead, they had broken a foam dam formed around the base of an air conditioning unit which released water when it was breached.

Apparently when the roof was foamed, instead of moving the unit and foaming underneath it, they had built a foam dam around the unit. Unfortunately, over the years, water had seeped under the unit, which was resting on 2x4s. So when they cut the hole for the skylight, which happened to be close to one of the units, the dam was breached and old, nasty water seeped in through the attic and in to the house - they estimate about 20 gallons of water under each unit!

To make a long story short, we had to remove the units, patch the foam roof, and replace the units on stands. This would have bitten us eventually, so I'm grateful we found this problem now - although it's added another $3,500-plus to our renovation!

No inspector could have possibly found this; it wasn't visible, and we certainly don't hold him responsible. We just thought you might want to pass this on to your readers who have foam roofs They may want to be wary of this situation.

Barry and June, I'm sorry to hear about your water problem. You don't know how much I appreciate that you realize this was a hidden defect that was not visible. Every home inspector has had contractors that discover a leak (or other hidden defect) and immediately say, "Your home inspector should have caught this." They don't realize that we don't carry saws or drills with us, and are not allowed to do any type of destructive testing.

The last time this happened to me, the contractor opened up an exterior wall during a remodel and discovered no insulation. He immediately suggested the owner contact the inspector (me) because I should have caught this in my inspection. In my reports, I never comment on exterior wall insulation other than to say it's not visible. In the "Insulation" section I have the following statement: "I do not comment on wall insulation because it is not visible (If the wall insulation is visible, you'd better check the 'Interior' page for comments about damaged walls.)"

Randy West owns Professional Building Consultants in Prescott. He is a state-certified home inspector and has performed almost 6,000 home inspections in the Prescott area. West is past president of the Arizona chapter of the American Society of Home Inspectors, and currently serves on the Home Inspector Rules and Standards Committee for the Arizona Board of Technical Registration. Contact him at randy@inspectprescott.com.

Inspecting your home inspector, Part 2
Column: Two trees or not two trees, that is the question
Commercial buildings need inspections, too
Column: Unofficial inspections cost in long run
Pre-offer home inspections are not a good idea