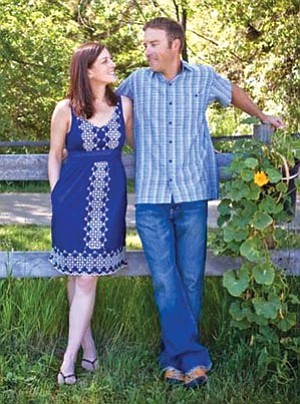 Aniel and Cindy DeFiore of Prescott are pleased to announce the upcoming marriage of their daughter, Danielle DeFiore, to Aaron Kluding on Aug. 28, 2010, in Fort Collins, Colo.

The groom is the son of Patricia Cunningham & Richard Kluding of Boulder, Colo. He is a 1995 graduate of Boulder High School and a 2000 graduate of Colorado State University. He received his bachelor's of science degree in fishery biology and is the owner of Alpine Painting.

The wedding will take place at the historic Flowers House in the foothills outside Fort Collins.