CASA For Kids: 'Nancy and Peter' 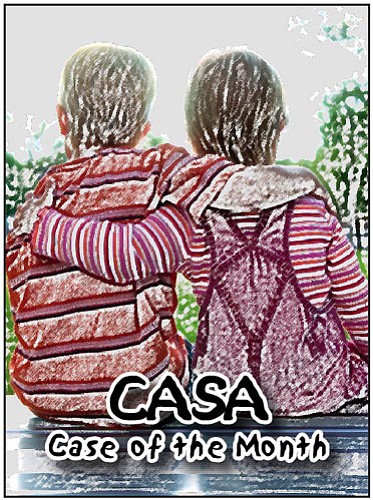 A CASA (Court Appointed Special Advocate) volunteer is needed for 13-year-old "Nancy" and her 9-year-old brother, "Peter." Child Protective Services (CPS) removed the children from their parents' care because of the mother's history of substance abuse, domestic violence, incarceration and neglect of the children's medical issues. The father had mental health problems and also had a history of substance abuse. In addition, Nancy is already involved in the delinquency system.

Among the CASA's responsibilities: monitoring Nancy and Peter's progress in their foster placement; working with their schoolteachers and therapists (and in the case of Nancy, her probation officer), to help promote their education and keep abreast of the issues affecting their emotional well-being; assisting CPS in working with the parents to determine whether either of them is willing and able to participate in treatment programs that would permit eventual reunification; working with CPS to determine whether other relatives might be able to help the parents in their reunification efforts and/or serve as guardians for the children; attending monthly team meetings with the children, their biological parents, their foster parents and others involved in the case; and making recommendations to the judge as to the best long-term placement for these children. CASA volunteers need to provide information to the court at report and review hearings throughout the life of a case.

At the present time, a great need exists for CASA volunteers willing to work with teenagers, especially those who have been involved in the juvenile justice system, as many volunteers prefer cases involving younger children. If teens, such as Nancy, who is already 13, cannot reunite with at least one biological parent and no appropriate relatives are available, they often remain as wards of the court until they are 18, at which point, they "age out" of care. CASA volunteers can have a powerful impact in helping such youths become better prepared to eventually be able to live on their own.

EDITOR'S NOTE: The children's names have been changed to protect the identities of those involved, and these children are not eligible for adoption at this time.