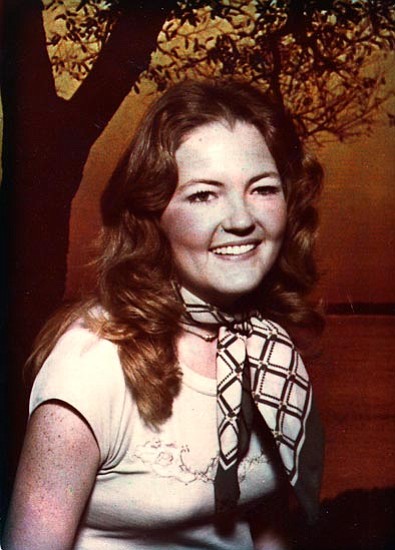 Pauniece Culwell West, 53, of Prescott Valley, Ariz., passed from this life to her Heavenly Home on Sept. 15, 2009, while surrounded by family.

She was preceded in death by her father, C.C. "Sonny" Culwell III; a brother, Randall Culwell; and a sister, Valerie Ramos.

She is survived by her mother, Della Culwell; a brother, Charles "Bud" Culwell (Linda); a sister, Lisa Culwell; a daughter, Lindsey West Ashcraft (Michael); and two sons, Brandon West (Lori) and Ryan West (Kathleen). She is also survived by five grandchildren, four step-grandchildren, many nieces and nephews, and her dog, "Little Man," who was her best friend.

She was born to C.C. "Sonny" and Della Culwell April 12, 1956, in Springerville, Ariz. She and her family relocated to Casa Grande shortly after she was born, where she grew up, attended grade school and graduated from Casa Grande Union High School.

When she was younger, she was a police dispatcher in Coolidge, Ariz. She also sold jewelry and worked at her family's Hallmark store in the mall. After having married Ernest R. West Jr. and having three children with him, she became a homemaker. She ran a daycare center in her home when her children were small so she could be home with them. She was always so proud of her kids. She was also a caregiver and took care of many elderly people in their homes. She was a member of the LDS Church where she had many callings to serve others. She loved doing and collecting craft and loved collecting angels.

The family would like to thank Hospice of the Pines as well as others who helped our mother, daughter, sister, aunt and friend through her long battle with cancer.

Visitation will be at noon Saturday, Sept. 19, 2009, at the Church of Jesus Christ of Latter-day Saints on East Long Look Drive in Prescott Valley. A memorial service will follow immediately after at 1 p.m. in the chapel.