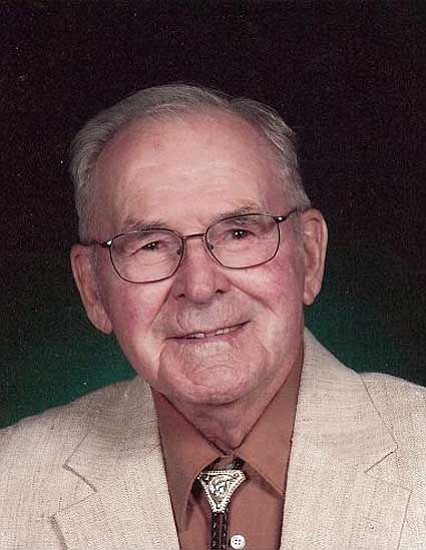 He graduated from Woodward High School in 1941. Following graduation, he joined his parents to work on the family farm. In 1944, he entered the Navy where he served as a machinist mate in the Pacific Theater aboard the minesweeper, USS Shelter. Following discharge, he returned to the family farm.

Keith always said he met the love of his life, Carmelite Bice, in 1946 and married her, Dec. 28, 1947. To this union was born three children, Sandra Sue, Julia Ann and Jay William. He was also blessed with four grandchildren and eight great grandchildren.

Keith and Carm relocated to Prescott Valley, Ariz. in 1979. After moving to Arizona, he was privileged to be a charter member of the Gary Streeter Legion Post 108, where he held many positions and served as commandeer of the post. He was a past area Chaplain of the Department of Arizona Legion and a past Chef de Gare of Voiture 888 of the 40/8 and a lifetime member of the VFW 10227 in Prescott Valley. Keith was honored for his work as a veteran by being inducted into the Arizona Veteran's Hall of Fame on Oct. 26, 2007.

Keith was also a charter member of the Prescott Valley United Methodist Church and was involved in the construction of the building. He served on many committees over the years and was a devout Christian. He made several trips as a volunteer to repair and build churches in rural Mexico.

Following retirement, Keith was a volunteer for 17-1/2 years at the Yavapai Regional Medical Center in Prescott, Ariz. and also volunteered at the Prescott Veteran's Administration Medical Center for 16 years.

Keith had many hobbies that he enjoyed and shared with others. He delighted others by teaching about and even sharing his creations. He also took an active role in raising his children, grandchildren and great grandchildren. He always spoke of how proud he was of all of his family.

He was preceded in death by his parents, sister Barbara White and great grandson Noah Kiley.

He is survived by his wife of 61 years, Carmelite; sister Marjory Boyles; daughters, Sandra Staker of Prescott Valley, Ariz. and Julia and husband John Kiley of Woodward, Iowa; and son Jay and wife Dea Staker of Huxley, Iowa. His grandchildren are John B. Kiley and wife Erika, Erin Jaye Kiley, Jennifer and husband Sam Schill and Megan and husband Josh Stagg. Great grandchildren are Brooke and Courtney Kiley, Jack and Emelia Schill and Logan, Landon and Jonah Stagg and many other cherished family members.

Keith will be remembered by all as a kind and loving man with a wry sense of humor.

In lieu of flowers, the family has requested that all donations be directed to the Prescott Valley Military Service Monument, P.O. Box 27933, Prescott Valley, AZ 86314.