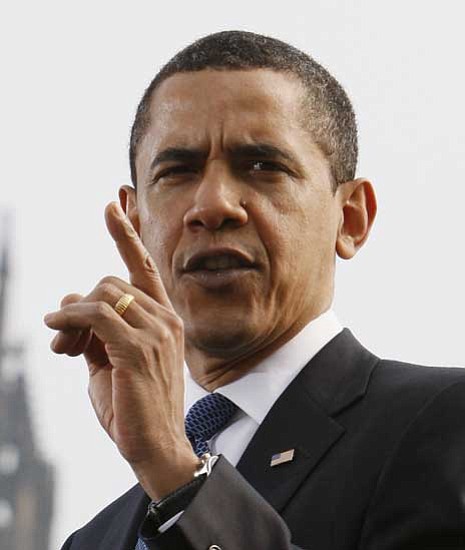 President Barack Obama will speak to American schoolchildren next Tuesday during a nationwide broadcast at 12 p.m. EST (9 a.m. local time).

During the 15-20 minute speech, Obama will talk about persisting and succeeding in school. The president will challenge students to work hard, set educational goals, and to take responsibility for their learning.

Obama's plan to talk to students from kindergarten through 12th grade has received mixed reactions from local and state education officials.

PUSD Superintendent Kevin Kapp said, "The President's speech next week is a perfect example of a good idea gone crazy."

The White House provided schools with supporting materials and lesson plans. Officials are objecting to the lesson plans.

"This simple speech, which I thought was a wonderful idea until I read the supporting material and lesson plans moved from a good and simple idea to an overly political event. I am offended that the White House would send out 'lesson plans' for a speech by our President," Kapp said.

Kapp said he does not think PUSD should televise the speech or broadcast it via computers.

Mariela Bean, HUSD public relations director, issued the following press release: "Humboldt Unified School District has the policy of avoiding the injection of anything that might be considered as political into the continuum of our standards-based curriculum. We want to avoid at all costs the appearance of outside forces politicizing our classrooms. Therefore, Humboldt will not promote the airing of the broadcast as a building-wide activity. No doubt, Mr. Obama's address will be broadcast many times in our national and local media. Anyone wishing to listen to it may do so on his/her own time."

Kapp said if the speech had remained simply a "short speech to the students of America I would have allowed it with parent discretion to choose that their child not attend the event but participate in an alternative event such as going to the library."

"It will just be a normal day for us," Noggle said.

Noggle said it would be appropriate for the high school students to have a "free and open debate about the speech." However, he said the debate should take place after the students have watched the speech at home if their parents want them to watch it.

"This is a political event, and it would be appropriate for discussion in a government class," Noggle said.

The CVUSD superintendent said, "If anyone is going to be part of the education process, they have to go through the appropriate channels, even the President of the United States. Our policy is that all speakers must be approved."

Horne said it is obvious that "the materials were written by someone who obviously worships him. That is not the way to teach critical thinking."

Horne said the lesson plans call for the students to have "notable quotes excerpted (and posted in large print on the board)," and for students to discuss "How (Obama) will inspire us," among other things.

"There is nothing is these White House materials about approaching the speech critically, or engaging in any critical thinking whatsoever, but only adopting a reverent approach to everything they are being told," Horne said.

The Arizona School Board Association issued the following statement:

"We believe the content of the address, as expressed by the U.S. Department of Education, supports the mission of public schools," said Tracy Benson, media relations and communications specialist.

The ASBA is encouraging its member school districts to participate in this "non-partisan, non-political educational event. We also believe that the choice to participate must be a local one. It also must be noted that parents have rights, outlined in district policy, to allow their children to opt out of any curricular activity."

In an e-mail Dundas wrote, "President Obama is addressing schoolchildren-SCHOOLCHILDREN! As no other president has done before. The idea that 'students adopt a worshipful tone' smacks of racism and partisan politics of the worst kind. I am extremely disappointed in the response of both our state superintendent and district superintendent. At the very least, you should leave the decision up to the teachers."