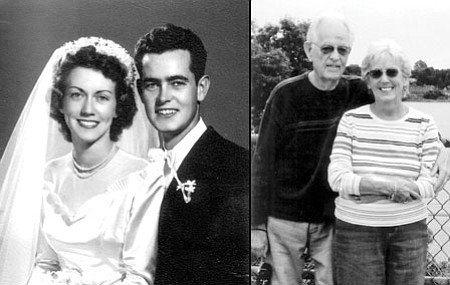 Don and Ann Walker of Dewey celebrated their 60th wedding anniversary on Friday, Aug. 28. They married on Aug. 28, 1949, in the First Presbyterian Church in Inglewood, Calif.

Don worked for Rockwell International for 34 years in California, Iran and Oklahoma, while Ann was a homemaker and volunteer.

Both are volunteers at the Yavapai Regional Medical Center East Campus.

They have two children, Steve of Vista, Calif., and Julie of Mesa, Ariz., four grandchildren and three great-grandchildren.

The family celebrated the couple's anniversary in El Cajon, Calif.