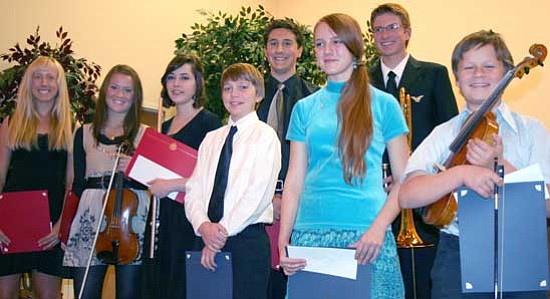 These young musicians placed first in junior and senior divisions in voice, brass/woodwind, strings and piano, and were among 28 who took home scholarship money after the competition on Nov. 8.

The first-place winners who will perform in the Sunday concert include:

Other competitors and their placements are:

In all, the contestants in the guild's annual scholarship competition shared $13,600 in award money.

Admission to the concert is free, however contributions to the guild's Young Musicians' Scholarship Fund and Music Memory Program are welcome. The community center is located at 1280 E. Rosser St.