More than 1 in 10 kids live with substance-abusing parent 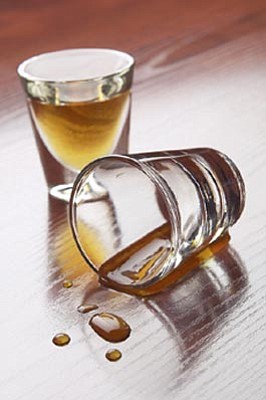 This past week was National Children's Mental Health Awareness Week. In recognition of this, the following research data is provided for your thought:

Did you know that almost 12 percent of children under the age of 18 live with at least one parent who was dependent on or abused alcohol or an illicit drug during the past year?

This is according to a report by the Substance Abuse and Mental Health Services Administration (SAMHSA).

"The research increasingly shows that children growing up in homes with alcohol- and drug-abusing parents suffer, often greatly," said SAMHSA Acting Administrator Eric Broderick, D.D.S., M.P.H. "The chronic emotional stress in such an environment can damage their social and emotional development and permanently impede healthy brain development, often resulting in mental and physical health problems across the lifespan."

• Almost 7.3 million children lived with a parent who was dependent on or abused alcohol.

• About 2.1 million children lived with a parent who was dependent on or abused illicit drugs.

Findings for this study ("Children Living with Substance-Dependent or Substance-Abusing Parents: 2002 to 2007") are drawn from the National Survey on Drug Use and Health, an annual nationwide survey of persons aged 12 and older. This report focused on questions asked of 87,656 parents aged 18 and older about their substance dependence and abuse.

For more information on this study, go to www.samhsa.gov.

Parents' substance abuse has lasting impact on kids
More than 1 in 10 kids live with substance-abusing parent
Column: Self-help groups are key to recovery
When battling any addiction type, find strength in numbers
How substance abuse affects the business owner