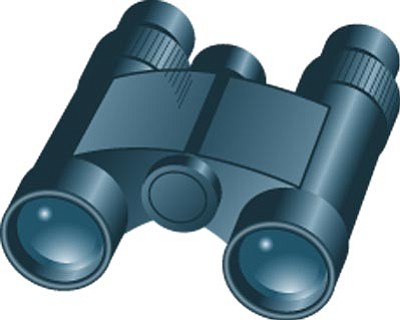 I am down in Wickenburg again this week leading the second session of the same Elderhostel trip that I lead last week. It is an interesting experience to visit the exact same location a week later and see the difference in bird species from one week to the next.

In contrast, this week we have seen some birds that were not back yet last week. Over the past week, migration activity has resulted in the arrival of summer residents such as Zone-tailed Hawks and Gray Hawks. We have seen Zone-tailed Hawks this week at both Date Creek and at the Hassayampa River Preserve, whereas last week we didn't see any at either place.

The great thing about our Zone-tailed Hawk observations has been the opportunity to see this species side by side with Turkey Vultures. We have literally been able to look through our binoculars at a Zone-tailed Hawk and at Turkey Vultures at the exact same time and compare the similarities, and the differences of the two species.

When I see a Turkey Vulture in flight I carefully check it out to verify that it is in fact a Turkey Vulture. After discovering a Zone-tailed Hawk at Date Creek, and having fabulous, neck-breaking looks at it, where it was flying directly overhead so you could clearly see the broad white band on the tail, a person in our Eldershotel group said, "I will never look at Turkey Vultures in the same way."

His comment summed up my feelings on bird identification--don't get complacent and just assume that you know the identification of a bird--put your binoculars on the bird and confirm your suspicion.

In flight, Zone-tailed Hawks and Turkey Vultures look amazingly similar, in fact, without the aide of binoculars it is virtually impossible to tell them apart. What are some of the similarities and differences between the two species?

In flight, both species hold their wings in a slight vee, instead of flat like many broad-winged, soaring birds. The flight pattern of both species is characterized as being tippy, where they rock from side to side. Another similarity is that they have a two-toned underwing where the leading each of the wing is very dark, and the trailing edge of the wing is a lighter color.

Turkey Vultures are beginning to pass through the Prescott area right now as they migrate to points as far north as Canada, and Zone-tailed Hawks will be showing up in about a month. Be on the lookout and Happy Birding!

Be on the lookout for zone-tailed hawks
Birding in the Wickenburg area
Moore: Fireworks in the forest on the Fourth of July
Birds - and snakes - are out in force
Moore: Birding at Date Creek Ranch