Column: Reflections on a century of tennis 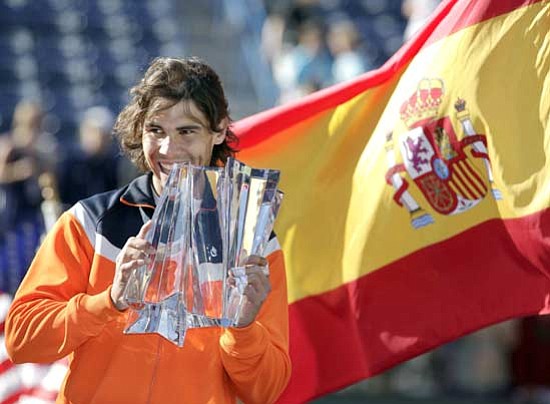 Originally Published: March 26, 2009 3:29 p.m.
Tweet
The best players in the world, on the best stadium courts, with the best coaches, will make the most money at a game that now has a current history of 135 years. And who'd have ever guessed way back then that a century later it would be a game played around the world by the masses?The game was patented in 1874 with some very simple rules in England. By 1877 Wimbledon held its first tournament (open to men only then) and the reason for it stemmed around the fact that they needed to raise some money to fix their broken down lawn roller. As we now know, it became an annual affair and today is the premier tennis affair in the world.Major Wingfield would be dumbfounded to see in the year 2009 how this same game would keep so many people physically fit and competitively challenged, while creating a whole industry of manufacturers, professional players, tournaments for all levels, teaching pros, tennis facilities and clubs, writers/columnists, leagues, magazines and even a TV channel.Sitting here at the Indian Wells Tennis Garden in the second largest tennis stadium in the world during the men's and women's final (16,100 seats that are mostly filled) brings these thoughts to mind.The $9 million in prize money is but the tip of the iceberg of what it costs in money, manpower and creativity to run events like this.It's inspiring and breath-taking in its endeavor. It's adventurous, ambitious and fairly risky but when it comes together right, damn is it a superb feeling for everyone involved.It's a series of connections in a game you can start playing as a child and continue with through your final days.Every man, woman and child who has won or lost a match can feel the physical and mental tug the pros go through. The personality of the players - if nothing else - bleeds through as the match progresses. A roller coaster of emotions, sometimes displayed or kept in check, the poise and demeanor. The players show what they're made of throughout each close point, game, set and then match.Will they crack or bone up? Dig in or slowly fold? Take the good with the bad or whine bloody murder under the pressure?The movements are beautiful and artful, the strokes are honed and full of athleticism, the conditioned bodies are tested to the max and the most eluding element from these professionals is how well they control their minds. Only the best of the best seem to have found that special formula and have perfected it to excel above the rest while in their prime.Playing tennis is a test of the person you are and the one you strive to become, taking in everything from line-calling to strategies, fitness, skills, shot selections and sizing up your opponents. The game of tennis puts it all out on the table. You're exposed in ways that in normal circumstances you wouldn't show - good, bad or indifferent.And all of this because one man took the time to patent a game that had been played in one form or another for centuries, so men and women could play together during a new era of socialization and certainly to make a couple bucks, too.A game when introduced properly can be played in minutes but that takes years to perfect, lets you meet others from around the world while keeping you of sound body and mind, is relatively inexpensive and helps you learn the rules and values of life. The simple addicting yet complex game called tennis.(Chris Howard is a local USPTA Tennis Professional with over 30 years in the racquet and fitness industry. He can be reached at 928 445-1331 or choward4541@q.com)
Contact
Sign up for Courier e-News Alerts
Most Read
7 days
30 days

Column: Coaching in the world of tennis, past, present and future
Howard: Who said today’s game of tennis is a sissy sport?
My Point column: What would make tennis even better?
Column: The old fashioned way to brush up on tennis
Column: What it's taken to make tennis come alive as avid sport