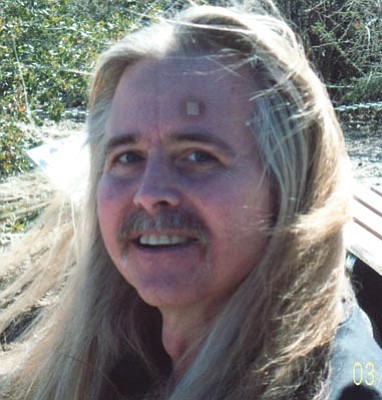 Troy Andrew Winsell, born in Elgin, Ill., on June 18, 1960, joined the Lord on March 15, 2009. He grew up in Rolling Meadows, Ill., where he attended Rolling Meadows High School. He left behind parents Robert and Betty Winsell and sister Catherine, who live in Chino Valley, Ariz. He also has a brother, Gregory, and sister-in-law Magdalena from Salinas, Calif.

Troy had many friends whom he met in Illinois, California and Arizona. He greatly enjoyed his gourd and bronze art - skills that he developed because of a back injury received in high school. He spent a couple of years being a docent at the zoo in Prescott and volunteered on the enrichment committee; he and Inca the leopard became close friends. His injury and several back surgeries left him in pain and unable to pursue a regular career. During better times he enjoyed scuba diving, shooting pool, playing with his dogs and his artwork.

He will be greatly missed by all because of his sense of humor and personal charm, making friends wherever he went. God has you now, Troy.