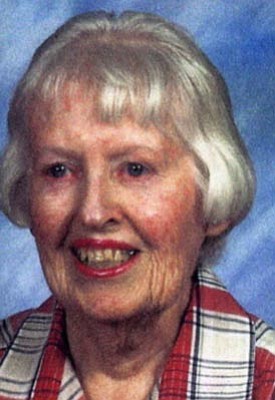 She married Wilfred L. (Bill) De Rocher Jr. on May 19, 1951, in Lakewood, Ohio. They lived in many locations in the U.S. whenever Bill's work led them including Tonawanda, N.Y., Huntington Station, N.Y., and Littleton, Colo. Millie worked for a few years as a secretary and bookkeeper but soon after devoted her time to raising their three adopted children - two twin girls and one boy. She was involved with the children's schools, Girl Scouts, church and was a skilled seamstress. She loved sewing clothing for herself and the girls. Millie also found time to volunteer at a number of places including helping children learn to swim at the YMCA and helping at the Craig Rehabilitation Center in Englewood, Colo. Each year Millie loved the family vacations of exploring Colorado back country and hiking and four-wheeling into the beautiful Colorado wilderness. Millie loved the outdoors and decided to take up golf and joined a local women's golf league. She played many rounds and made new friends.

In 1988, when Bill retired, Millie and Bill moved to Prescott, Ariz. As a lifelong Episcopalian, she was very active in St. Luke's Episcopal Church and was a receptionist and also president of the women's group at St. Luke's. Both she and Bill joined the Prescott Outings Club, enjoying many hikes and car camps. She and Bill traveled extensively in the U.S., covering all 50 states and Canada and including trips to Australia/New Zealand, Chile and the Galapagos Islands. Bill joined Millie in golf after retirement. Many of their vacations included golf and they played on many courses around the U.S. until her memory began to fade.

She was preceded in death by her father Charles Cooke; her mother Harriet Cooke; her sister Margie Watt; and her brothers, Albert and Alan Cooke. Survivors include her husband Bill of Prescott, Ariz.; son David (Janice) De Rocher of Aurora, Colo.; daughters Denise (Robert) Vogels of Littleton, Colo., and Dawn (James) Garrett of Nampa, Idaho; and five grandchildren. Millie's bright blue eyes and big smile will be missed.

A Celebration of Life Service will be at 10 a.m. Saturday, April 4, 2009, at St. Luke's Episcopal Church in Prescott, Ariz. with Fr. Bill Crews officiating. The cremation will be private.

You can visit Millie's guestbook at www.ruffnerwakelin.com.