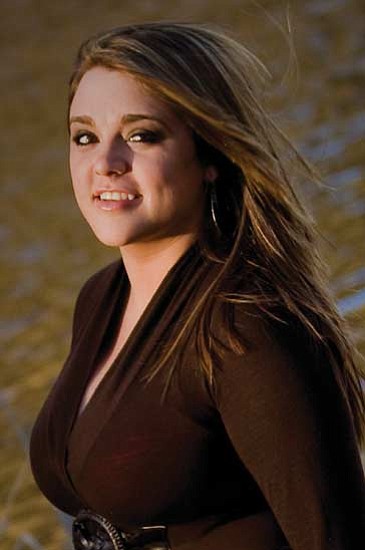 You never know, your bank teller could be the next "American Idol."

Since the age of 6, Mallory Desjadon always wanted to sing, but it took some community support for her to take a shot at the big time.

Desjadon, 21, leaves Tuesday for Dallas, Texas to audition for the upcoming season of the hit television show, thanks to some fans that made it happen.

"I've known the girl for years. I heard her sing last night, and I tell you, it gave me the chills," said Ed Sablan, who joined Buffalo Wild Wings and Costco employees last week to raise money for Desjadon to take the four-day trip for the audition.

Sablan said he met Desjadon three or four years ago when she was a teller at Compass Bank, and now enjoys bringing friends to hear her sing on karaoke nights around town, as well as her guest spots singing for bands at Matt's Saloon.

Desjadon's mom, who works at Costco, won her fans by passing around her demo at work.

"They heard my demo, and they had me sing at their Children's Miracle Network. They showed up at the fundraiser and gave me a check for $300 to go," Desjadon said of a night last week at Buffalo Wild Wings.

"The pressure's on right now, because all these people have been making such a big deal, and supporting me in going. It's kind of overwhelming," she added.

Desjadon said she has wanted to audition for Idol since it's first season.

She planned to make the trip last year until she suffered a severed vocal cord from surgery, leaving her unable to talk for six months, she said.

For the Idol audition, she plans to sing LeeAnn Rimes' "Blue," of which she placed in PV Idol's semi-finals (she sings in the finals Saturday Night in the Entertainment District).

Desjadon remembers, around the age of 6, hearing Rimes sing on the Disney Channel, and has wanted to sing ever since, and hopes next week her dream come full circle.

"When I was in elementary school, I entered a talent show, and actually sang "Blue," at their little karaoke show-thing. I sang that in the amphitheater in front of the whole school, and the place went crazy. It was fun. I thought it would be kind of fitting to do that now - if it worked."