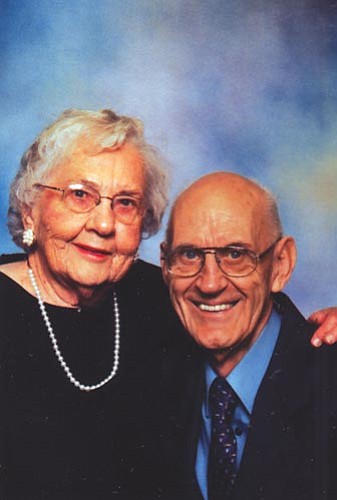 Bill and Rachael Vogel will celebrate their 60th wedding anniversary on July 27. They were married in Ripon, Calif., in 1949. A reception is planned with friends and their five children and their spouses, William (Beth), Daryl (Sue), Deborah Maestri (Mike), Scott (Monica) and Glenn (Debbie). They have 23 grandchildren and 16 great-grandchildren. Bill and Rachael made Prescott Valley their home after retiring from teaching in California in 1998. They are truly blessed to reach this milestone in their lives.