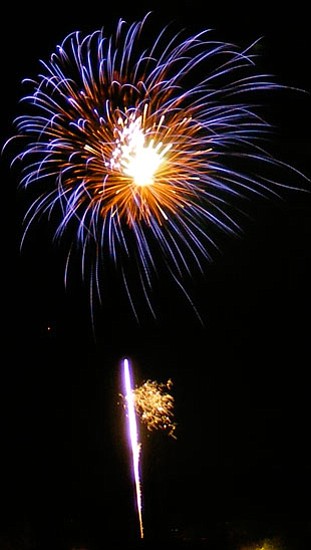 Governor Brewer's veto Monday of a bill to legalize sales and use of sparklers and some other fireworks was a wise decision.

In an Associated Press article Tuesday, Brewer said she has been a proponent of the responsible use of fireworks, but, she said, "I fear the language contained in this specific bill does not sufficiently address the risk of fire on federal, state and county lands."

The article states that the League of Arizona Cities and Towns took a neutral position on the bill after an amendment allowed municipalities to increase or decrease restrictions in their own jurisdictions.

However, allowing the bill to pass would have created confusion, regardless of whether a community such as Prescott Valley allowed or banned such fireworks.

In a drought-prone state with fire danger as volatile as that more often than not experienced by Arizona, we need to be more cautious with fireworks, not look at finding ways to make them more accessible.

We're sure fire officials statewide are breathing a little easier after Monday's veto. Those of us who have lived in Arizona for any length of time have enough respect for the ravages of wildfire to look askance at any legislation that makes it easier to start one, either by intent or accident.