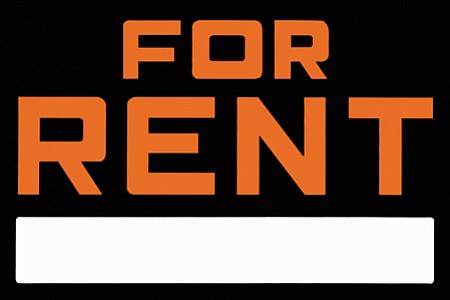 "This area brings a lot of satisfaction," Spreitzer said this week.

Lately, WESCAP has become the dominant player in the construction of affordable rental housing in Prescott Valley. It has developed two apartment complexes near the Civic Center, with a third on the way.

WESCAP has built 25 housing projects with the aid of tax credits throughout the country, including 14 in northern Arizona, Spreitzer said. (He coined WESCAP from his initials and "capital.")

WESCAP has had a good track record in receiving tax credits from the Arizona Department of Housing, which in June 2008 awarded $1 million in credits for the second phase (54 units) of the SunGate Villa Senior Community on Civic Drive. The department in 2005 awarded $964,504 in tax credits for the 64-unit first phase.

"Its only purpose is to accommodate income-challenged families and seniors," said Al Sengstock, Prescott Valley's community services manager. "It is one of the ways that affordable housing can be subsidized, and I would say it is the most popular affordable housing method in Arizona."

Sengstock, who serves as staff support for the Central Yavapai Regional Affordable Housing Committee, said prospective tenants qualify for subsidized housing if they earn no more than 80 percent of the median income in the county where they reside. The median income in Yavapai County for an individual is about $30,000 a year.

Rents at WESCAP apartment complexes in the tri-city area range from $325 to $650 per month, depending on the number of bedrooms and income levels of the households, Spreitzer said.

Spreitzer entered the tri-city area about five years ago by building the 64-unit Antelope Valley apartment complex on Highway 89 in Chino Valley.

He also completed the first phase of The Bradshaws - a 45-unit senior apartment complex - on Bradshaw Drive in Prescott in December. Work on the second phase - 52 apartment units for families - will begin Sept. 1.

WESCAP is devoting more of its resources to building affordable housing in Prescott Valley. WESCAP built the 224-unit Valley View Apartments on Windsong Drive, is expanding SunGate and plans the 84-unit Viewpoint Apartments between Long Look Drive and Civic Circle.

"It is the dynamic growth and the tremendous demand for affordable and workforce housing," Spreitzer said. "That is why we will continue to build."

One indication of demand is that the second phase of SunGate Villa has a waiting list as of this week of 100 people, according to Spreitzer. That figure is nearly double the 54 additional units.

Construction on the second phase likely will begin Sept. 1 and take a year, Spreitzer said, adding, "So late summer (2010), we will start leasing."

Spreitzer gained approval June 25 from the Town Council for a rezone to accommodate plans for the Viewpoint Apartments on about 5 acres.

He said he will apply July 15 to the Arizona Department of Housing for tax credits for Viewpoint, and will not begin construction until after the department approves his request.

"If we get the housing credits, we could start construction at the end of 2009," Spreitzer said.

The Town Council on March 12 voted to apply to the Department of Housing to use the entire allotment of $726,080 in federal Community Development Block Grant money to pay for extending Viewpoint Drive.

The 1,600-foot-long extension would provide access to the second phase of SunGate.

Deputy Town Manager Ryan Judy said the Department of Housing recently notified town officials that it approved the application. The next step is for town officials to go out to bid for engineering services and conduct an environmental review.

The council also cut some slack for WESCAP April 23 by approving a development agreement allowing the company to defer $483,872 in fees for the second phase of SunGate until the 54 units are ready for occupancy.

SunGate tenant Tim Smith expressed mixed feelings about the upcoming expansion while he jogged Wednesday morning around the Civic Center. He and his wife, Turalee, both legally blind, moved into their second-floor unit two years ago.

Smith, who is allowed to rent at SunGate at age 47 because of his disability, expressed concerns that the second phase would block his view of Glassford Hill.

However, he said he and his wife enjoy living in the complex.

"We wouldn't want to live anywhere else because it is quiet here," he said. "We don't even want to have to go anywhere else."

Smith said he also likes SunGate's proximity to the Civic Center and library, where he can read large-print books.

The WESCAP complexes are centrally located, and are becoming the "economic engine" for Prescott Valley, Sengstock said.

"We are very receptive to affordable housing," Sengstock said. "There are other corporations inquiring about the possibility of locating similar kinds of (rental) development in Prescott Valley."