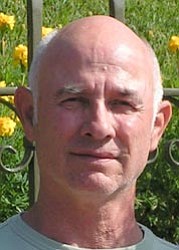 Bill worked for the telephone company as a technician for over 40 years before his retirement. He proudly served his country in the U.S. Navy; he loved to play tennis and enjoyed hunting and boating.

Bill is survived by his wife, Pat Riley; mother Betty Riley; and his children, Misty Davis, Kristy Richardson, Brandi Nanke, Leisa Fulin and Chad Nanke. He is also survived by his sister Debbie Riley-Peterson and brother David Riley and 10 grandchildren.

He will be remembered by his family as a loving husband, father and papa.

The family suggests memorials in his memory be made to your favorite charity.

The family is being cared for by Heritage Memory Mortuary, Prescott, Ariz.