YCSO deputy arrests pair in drug possession on I-40 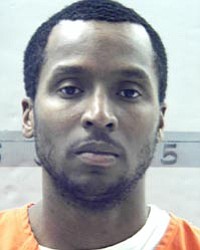 In a press release issued Thursday, YCSO spokesman Dwight D'Evelyn said a K9 deputy arrested suspect Adam Judkins, 25, of Las Vegas after a speeding stop Jan. 16 on I-40 near Seligman.

Officers booked Judkins into the Prescott Detention Center on suspicion of transportation of marijuana for sale.

Judkins said he was carrying marijuana in his vehicle after YCSO K9 "Elliot" did a sniff search on the vehicle's exterior. Deputies say Judkins admitted to buying the marijuana in California and intended to sell it for profit in Flagstaff.

Deputies added that they found several bags of marijuana bud, along with records of drug sales.

On Jan. 17, the same YCSO K9 deputy and partner "Elliot" stopped a silver sedan they saw weaving on I-40.

The deputy arrested its driver, Todd Higgs, 32, on suspicion of transportation of marijuana for sale and booked him into the Prescott Detention Center.

After Higgs told the officer he smoked marijuana Jan. 16, the deputy searched Higgs' vehicle and found more than 12 pounds of marijuana in a duffle bag behind the vehicle's rear seats.