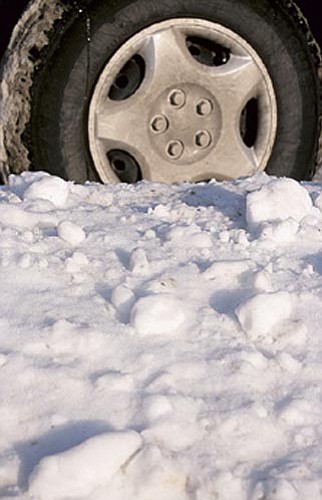 This past weekend was a busy one for Yavapai County Sheriff's Office personnel who rescued eight people in three separate instances when they became stuck in snow or mud, according to Dwight D'Evelyn, YCSO spokesman in a press release.

A mother made the first call for help around 6:30 p.m. Saturday, D'Evelyn said. She said the snow had stranded her son and his friend, both from Phoenix, near Lynx Lake. Deputies attempted an immediate search, but stopped because of heavy snow.

During the early morning daylight hours, and with the YCSO Jeep Posse helping, deputies found the pair safe and sound, D'Evelyn said.

Also on Saturday, around 10:15 p.m., a Prescott area father and daughter phoned YCSO to tell them they were stuck in the mud several miles out from Iron Springs Road near Tonto Road.

They had no food, water or warm clothing. Deputies - using clues from forest service road details provided by the father -found them at 7 a.m.

On Sunday around 7 p.m. a Phoenix resident and three friends phoned YCSO to say they were lost after making a wrong turn off Senator Highway driving from Crown King to Prescott. The four were in a soft-top Jeep that became stuck in the snow on a steep incline.

Darkness and weather kept a full search from beginning so the lost quartet bedded down for the night, lit a fire, used sleeping bags and remained in cell phone contact with rescue personnel.

YCSO reminds folks that it is best to stay on main roads when traveling in snowy conditions.

If people must travel off road for recreational purposes, remember that weather can change quickly and snow can hide a host of surprises on roads that can disable vehicles, D'Evelyn said.

In each of the above instances, landmarks were critical to finding the lost parties, D'Evelyn added.

"When driving in these areas, note road signs, cattle guards and unusual landscape features that could aid in your rescue, if necessary," D'Evelyn cautioned.