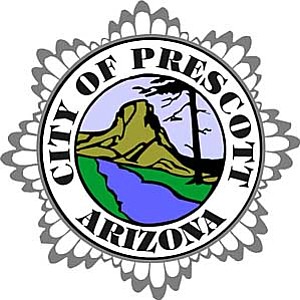 PRESCOTT - The planning effort that aims to look four decades into Prescott's future is working to wrap up its efforts in the next month or two.

Mayor Jack Wilson, who spearheaded the Prescott 2050 Visioning effort in about February 2008, said Friday that organizers are asking the volunteer committees to complete their draft plans by next week.

Wilson noted that he and 2050 Steering Committee Chairman William Arnold have asked the 15 sub-groups that have been working on various topics to submit their final recommendations to Arnold by Jan. 7.

Then, Wilson said, the committees likely will get together for a final public meeting on Jan. 14 to present their findings to one another.

Noting that the schedule is still subject to change, Wilson said the organizers then are planning a Feb. 22 "community gala" to give members of the public a chance to view all of the findings of the sub-groups.

"There will be a major effort to get a large attendance (at the community gala)," Wilson said, adding that he hopes for as many as 2,000 to 3,000 people at the event, which will take place at the Prescott High School activity room.

Each of the 15 volunteer committees will present their recommendations in a standard format at the gala, and will be available to answer residents' questions.

Arnold said Friday that he already has the draft recommendations from two of the sub-groups - ambiance, and arts and cultural affairs - and he is hoping to get the results of the remainder of the groups in the next several days.

"I'm sensing we're going to get some good stuff," Arnold said, pointing out that the sub-groups last met together for an update on Dec. 17.

Ideally, he said, the sub-groups will submit their findings in an executive summary, along with supplemental material.

Wilson initiated the 2050 Visioning as an effort to help direct Prescott's growth over the next four decades. To gauge the public's views about what the community should look like by 2050, the effort kicked off with a community survey that went out in 22,000 city utility bills and also was available online.

In September, Arnold released the results of the survey, which showed that many of the 1,600 respondents valued Prescott's small-town feeling, its natural beauty, and its quality of life.

Members of the sub-groups used that data to help mold their findings in the various categories, including water, economic development, affordable housing, aging, mental health, and Smart Growth.

Along with giving local residents a chance to view the sub-group's recommendations, Arnold said the Feb. 22 gala event also would provide an opportunity for more community feedback.

Wilson said the final report should be ready by about March.