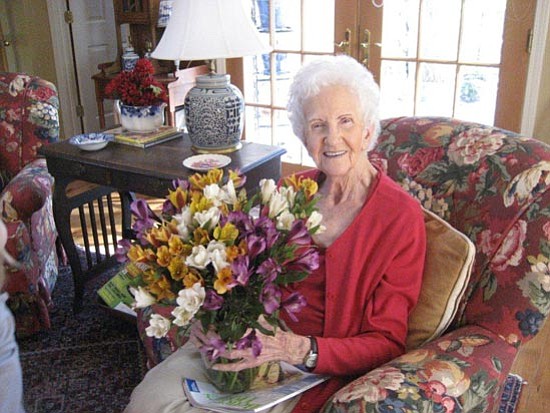 Helen loved and served her Lord through the majority of her 85 years after becoming a Christian in her 20s. For 15 years before moving to Prescott in 1994, she was a faithful member of First Southern Baptist Church, Tucson. In Prescott, she most recently served at First Baptist Church where she was known as a prayer warrior, serving on the Prayer Shield Team and the intercessory prayer chain.

Helen passionately loved her family. She was never happier than when cooking for large family gatherings. Christmas was her favorite time of year when she shared homemade goodies and gifts of love with everyone. She was a tireless servant of people and retired from her nursing vocation in Prescott only four years ago at the age of 81.

A celebration of Helen's life will be 1 p.m. Monday, Dec. 21, at the Solid Rock Center of First Baptist Church, Prescott, 148 S. Marina St. Officiating will be her Prescott pastor, Chris Inman, as well as her former Tucson pastor, Ron Hart. Interment services will be 1 p.m. Wednesday, Dec. 23, at Hillside Cemetery in Snyder, Texas. In lieu of flowers, the family asks that donations be made to one of the ministries Helen faithfully prayed for: The Hispanic Ministry of First Baptist Church, 148 S. Marina Street, Prescott, AZ 86303. Galatians 2:20.