Man arrested after cutting woman's finger off with a sword 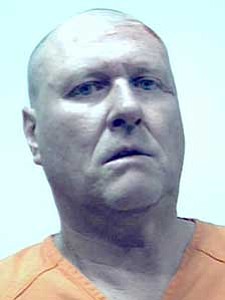 Yavapai County sheriff's deputies arrested a Rimrock man this past Saturday after he allegedly cut off a portion of his girlfriend's finger and threatened to kill her and his mother.

When Yavapai County sheriff's deputies responded to a domestic violence call at 12:30 a.m. Dec. 12, the suspect's mother flagged them down, told them her son had fled and his 43-year-old girlfriend was hiding at a neighbor's home, said Dwight D'Evelyn, media and crime prevention spokesman for the Yavapai County Sheriff's Office.

The victim said she tried to escape twice, but wasn't able to, D'Evelyn said.

Under threat of death, the victim said she put her hand on a table and Olivier allegedly cut off a portion of her left pinky finger with a sword, D'Evelyn said.

When Olivier didn't let the victim recover her severed finger, she ran to a neighbor's home and sought help, D'Evelyn said.

Doctors could not reattach the victim's finger, D'Evelyn said.