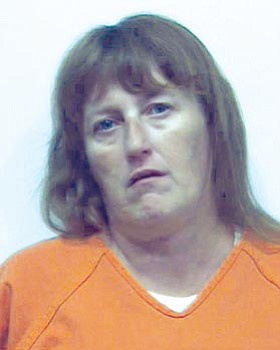 An undercover Yavapai County Sheriff's investigation led to two arrests on charges of selling drugs from a Prescott motel.

Detectives from the Special Crimes Unit arrested Brenda Morrison, 44, and Bruce Seymour, 30, on multiple charges involving the possession and sale of marijuana.

Detectives scheduled another marijuana purchase on Aug. 12. Morrison explained that with her supply depleted, she was arranging for a pick-up from her Phoenix contact. Detectives learned that Morrison had asked Seymour to make the trip to Phoenix on Aug. 13 because several orders were pending.

Detectives tracked the efforts of Seymour on Aug. 13 as he drove into Yavapai County from the drug buy in Phoenix. Detectives with a canine deputy stopped Seymour on Interstate 17 near Badger Springs Road.