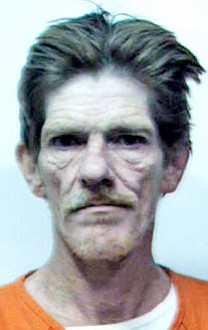 Beginning in late May of this year, Detectives from SCU received information about ongoing sales of marijuana from the Midway R.V. Mobile Home Park, 19200 block of K Mine Road in Black Canyon City, said YCSO spokesman Dwight D'Evelyn.

During the following weeks, undercover detectives purchased various quantities of marijuana from 61-year-old Joseph Angie who is the Midway Park manager.

As the investigation continued, detectives learned that a man identified as Michael Degroat was supplying much of the marijuana sold at the Midway Mobile Home Park.

In June, D'Evelyn said, detectives observed Degroat deliver a salable quantity of marijuana in the Midway Park. They continued to investigate, and on August 4, arranged to have Degroat deliver marijuana to the park.

Degroat arrived a short time later, and detectives arrested him after finding him in possession of marijuana prepared to sell.

During the on-scene investigation, detectives discovered that Degroat had made several marijuana sales to a 14-year-old resident of the park during recent weeks, D'Evelyn said.

Detectives took Degroat to the Camp Verde Detention Center and booked him on charges of 12 counts of Transportation of Marijuana for Sales, 10 counts of Involving Minor in a Drug Offense, two counts involving Drug Paraphernalia, Possession of Dangerous Drugs and DUI Drugs.

Officers also arrested Angie and charged him with Possession of Marijuana.