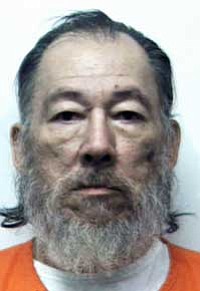 The Yavapai County Sheriff's Office has charged convicted sex offender Larry Dean Dick, 58, of Cordes Lakes with 13 counts of sexual exploitation of a minor and booked him Wednesday into the Camp Verde Detention Center.

On July 28, a Yavapai County Adult Probation officer conducted a home visit with Dick at his Cordes Lakes home. Dick had been convicted in 1984 for child molestation in Maricopa County and in June 2009 for three counts of failure to register as a sex offender in Yavapai County Superior Court.

During the visit, the probation officer examined Dick's laptop computer and discovered apparent child pornography images. The images were captured as evidence electronically and Dick was arrested for a probation violation. Many of the images were date stamped July 27, 2009.

On July 29, a detective from the YCSO Criminal Investigations Section interviewed Dick and he admitted visiting teen sex Internet sites. The detective also had notes from an April 2009 interview with Dick in which he admitted a sexual interest toward pre-teens. During the interview, Dick denied any intent to purposely access child pornography.

The detective reviewed the Internet site evidence obtained from the probation officer and identified at least 13 images portraying child pornography involving males and females. As a result of the investigation, Dick was charged Wednesday with 13 counts of sexual exploitation of a minor.

Dick remains in custody without bond on the indicated charges.