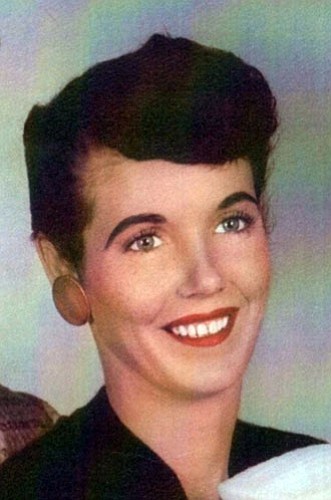 Norma Jean Rucker was born Sept. 23,1931, in Sayre, Okla. Norma passed away peacefully with her family by her side on April 2, 2009, in Las Vegas, Nev., at Sunrise Hospital. Norma resided in Mojave, Ariz.

Norma moved to Bagdad, Ariz., in 1958, with her husband Wayne and children. She worked at the Bagdad Hospital in 1958 for Dr. Holbrook. She also worked for Dr. Gorder until the hospital became a clinic. Norma retired in 1992 from Cyprus Bagdad Copper Corp. She enjoyed spending time with her family - we all meant so much to her.

She is preceded in death by her parents, Clyde Alvin Moseley Sr. and Lucille Moseley; son Jefferey Rucker; husband Wayne; and loving brother Clyde Alvin Moseley Jr. She is survived by daughters Valerie Stancek, Tina Rudy and Jacqueline Hittle; three sisters; one brother; five grandchildren; and five great-grandchildren. We will miss her beautiful sparkling blue eyes and contagious humor. She was one in a million. She will be deeply missed. We love you. Rest in peace.