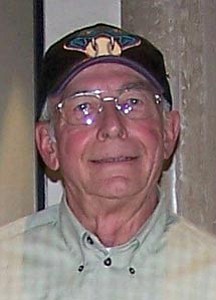 Jim Shelmandine, age 75, most beloved husband, dad, grandpa, uncle and friend, passed away April 1, 2009, at the Prescott VA Hospital after a short illness. He was born on Thanksgiving Day, Nov. 30, 1933, in Amsterdam, N.Y., to Arthur Ross Shelmandine Sr. and Elizabeth H. Hopkins.

Jim was a U.S. Army Korean War veteran. He married Janet Wetherbee on June 20, 1964. He was an A&P Jet Engine Mechanic and trim shop machinist for National and Pan Am Airlines for 32 years in Miami, Fla. He retired from the airlines in 1988, and moved the family to Chino Valley, Ariz.

He was a big fan of the Arizona Diamondbacks and the Miami Dolphins. He was an avid reader and history buff.

A full military service took place at the Prescott VA Chapel on Saturday, April 4, 2009. Entombment will be at the National Memorial Cemetery in Phoenix at a future date.

He will be tremendously missed and will never be forgotten by all.