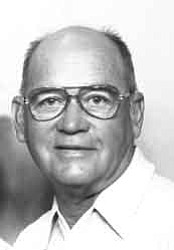 Elmer was the son of Jack and Nelli O. Prentice, who were the original founders of Prentice Garage located at 6328 N. 7th Street in Phoenix. Prentice Garage has been a well-known auto repair shop since 1932 and it is still in operation today. Elmer's story of the garage was printed in 1975 in the Phoenix Gazette and again in 1984 by the Arizona Republic.

Elmer served in the U.S. Navy for three years during WWII as a service mechanic.