The quest for specs 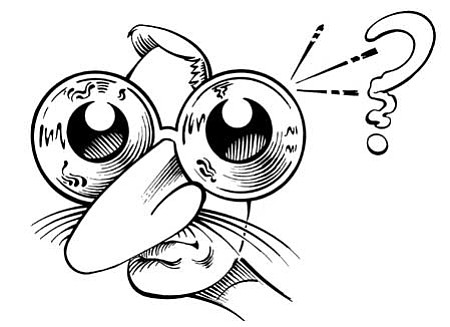 I had a favorite set of spectacles. Actually, they were my only eyeglasses. I had never much wanted plastic lenses, or bifocals, or specs with no frames at all, but I had all three with this last pair, and they turned dark automatically in the sun. Oddly, I loved them. What's more, they sported a tiny logo by Harley Davidson. Who knew a motorcycle company icon could manufacture such delicate lenses?

I have needed corrective lenses since Jr. High School. I have always treated my glasses with care, since breaking one's glasses was on the same par as stealing a car when it came to parental repercussions and fury levels. So, I was a little surprised when the temple piece just snapped one day some 18 months after I bought these not inexpensive cheaters.

Upon returning to the glasses store and telling the clerk that I really liked this particular set of lenses and inquired as to whether or not they could be repaired. I was told that they needed to be mailed to the manufacturers and it may take a week. "Fine." I said, and off they went. Two days later I was called and told to come pick up my glasses, they were not repaired. I was told they could not be repaired because "they are broken." How about replacing them? "They don't make these anymore." So, what should I do to get a new set of glasses? "Come in for an eye exam." Why can't I just have you order some new glasses for me with my less than 2-year-old prescription? "Come in for an eye exam," she said again.

I was quickly dismissed and given my un-repairable glasses, which I took home and super glued back together. The weld held for less than an hour. Hence, I found myself traveling to another lens maker. I handed my glasses to the clerk. "Oh," she exclaimed, "these are broken." "Thanks for the expertise... I rather knew that already." She said they needed to be "mailed in" and it would take about a week. Two days later I was told they couldn't be repaired. Was this deja` vu, or what?

"How can I get some new glasses?" I asked. "You'll need to make an appointment for an eye exam," came her smiling reply. Sigh. I had my second exam in less than two years, which I thought was not only redundant and unnecessary, but expensive. The eye doctor then had the audacity to tell me that my eyes had changed and that my prescription would be different. Sigh, again.

I chose some spectacles that looked like my old cherished lenses and waited for the call. Two days later I was told that my astigmatism was so severe that the frames I selected could not possibly carry my prescribed lenses. So, I picked out some half frames as a compromise, and waited. Two days later, I was told they didn't have the frame in the metal finish I had selected... ever. So, in haste, I grabbed a silver half lens from the display rack. "Do you have this?" I asked, desperately. "Why, yes," the young dark-eyed clerk said, "and, I think they look better on you than all the rest." Sure they do.

New help for that bane of middle-age: blurry close-up vision
Prescott eye doctor restores teen’s vision
Piacenza: The eyes have it
Column: Oh, Bossy! If only you had Buddy's vision
No need for alarm
Event Calendar