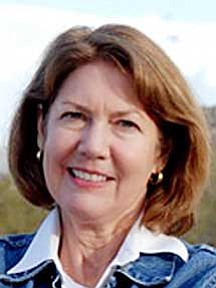 The Republican CD-1 race was closer as of press time.

While it appears that Kirkpatrick will face Republican activist Sidney Hay of Munds Park and Scottsdale in the general, Hay was ahead of Prescott attorney Sandra Livingstone by only 4 percent (1,575 votes) by 11:15 p.m. Tuesday in the four-way race, with 95.7 percent of the precincts reporting. The huge rural district includes portions of eight counties.

It also appeared at presstime that Prescott rancher Steve Pierce was on his way to beating four-term legislator Tom O'Halleran of Sedona in the Legislative District 1 race.

Mary Kim Titla, who was seeking to be the first American Indian woman to serve in Congress, was next with 32.6 percent of the vote.

"Tonight, we are one step closer to bringing real change to Washington and it feels great," Kirkpatrick said in a press release. She spent time in her Prescott campaign office Tuesday night but declined an interview.

"I spent the past year talking with voters all across the district about the need for high-paying jobs in Arizona, affordable healthcare and a responsible energy plan that will relieve our pain at the pump and free us from Middle East oil," Kirkpatrick's press release added. "In Congress, I will work to break the partisan gridlock and reach across party lines to cut taxes for middle class families."

Kirkpatrick far outspent all of the other eight candidates in the race (four Democrats, four Republicans and one Independent), raising $1.1 million by Aug. 13. Titla was next for the Democrats with $213,000.

Hay recalled how the Arizona Republic inaccurately named her the winner in the 2002 Republican CD-1 primary, so she was reluctant to declare herself the winner Tuesday.