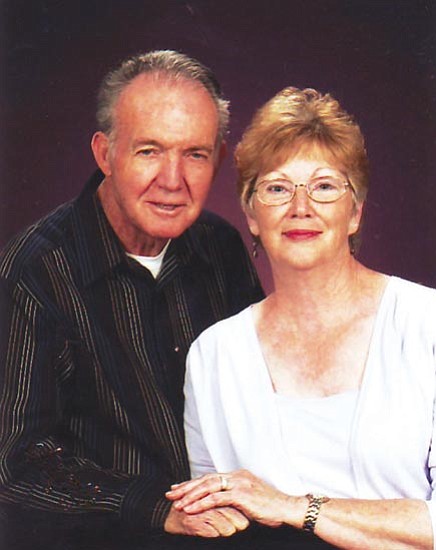 Wayne and Mary Moseley of Prescott Valley will celebrate their 50th wedding anniversary on Nov. 14, 2008. Their daughter, Cindy Nafstad of Gilbert, Ariz., and their son and daughter-in-law, Tracy and Robin Moseley of Phoenix, Ariz., will host the celebration at the home of Stephen and Pat Deming in Phoenix.

Wayne was born in El Paso, Texas, and raised in California. Mary was born and raised in Burlington, N.C. They met in 1958 when Wayne was finishing his four years with the Air Force stationed at Pope Air Force Base in North Carolina. Following their marriage they moved to Bagdad, Ariz., to be near Wayne's parents. That is where they spent their working years while raising their family. They are the very proud grandparents of five grandchildren.

They retired from Bagdad in 1994 and moved to Prescott Valley. They bought their first home and enjoy seeing all the changes and growth around town.