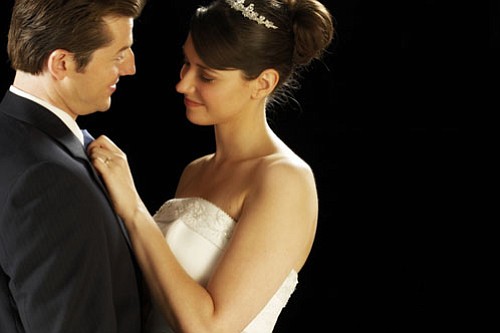 The traditional view of marriage has its basis in our traditions and values, which have made our society strong.

On Nov. 4 voters will face a number of ballot initiatives, and one in particular is drawing a considerable amount of discussion around the water cooler: Proposition 102 - the Marriage Amendment, which the Arizona Legislature sponsored.

It would amend the Arizona Constitution by adding the following wording to the existing section on marriage:

Only a union of one man and one woman shall be valid or recognized as a marriage in this state.

The issue has support in the form of a variety of polls. One, by the Walter Cronkite School of Journalism at Arizona State University and KAET Eight, reports that 49 percent of respondents said they planned to vote for Proposition 102, while 40 percent are against it and 9 percent undecided. Other polls online show as much as 60 percent support for the measure.

State law already defines marriage as between one man and one woman, and in light of recent court decisions we agree with supporters who want to embed the definition in the Arizona Constitution to guard against further court challenges.

What about the gay, lesbian and transgendered community? In 2006, voters defeated Proposition 107, which would have carried the same definition of marriage and also barred unmarried partners from receiving benefits.

This time the proposition removes the prohibition on benefits. A good compromise? We believe so.

Marriage has roots in religion and government, and needs a clear definition. The family - father, mother and children - is the foundation of all societies through recorded history.

Our founding fathers thought it important to protect religious freedom. Along those lines, we must protect the sanctity of marriage between a man and a woman - regardless of whether people of the same sex have relationships.

The traditional view of marriage has its basis in our traditions and values, which have made our society strong. We urge a "yes" vote on the marriage amendment.