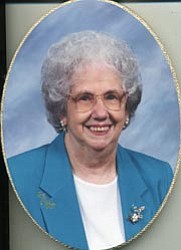 Rose and her husband, Albert moved to Prescott from New York in 1987. She was an exceptional homemaker a true "Mrs. Clean" and a great cook. But Rose's passion was quilting. She was an active member of Sacred Heart Catholic Church, until both hers and Albert's health prevented her. She was a devoted friend to many. She had a special fondness and connection to her granddaughter, Juliana.

Rose is survived by stepsons, Robert (Charlotte) Tuttle of Roseville, Calif., Mark (Mollie) Tuttle of Powhatan, Va. and step-daughter Jeannine Tuttle of W. Henrietta, N.Y.; sisters, Nina Pilznienski and Marian West both of N.Y.; and brothers, Charles of New York and Cy of North Carolina; grandchildren, James and Juliana. Albert preceded her in death on Nov. 15, 2007.