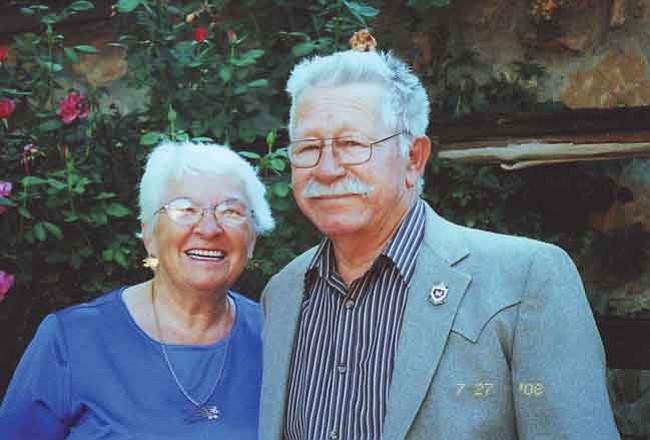 Douglas and Della Shoop of Paulden will celebrate their 50th wedding anniversary on Saturday, Nov. 15.

The Shoops were married on Nov. 16, 1958, in Meservey, Iowa. They had lived in Clear Lake and Garner, Iowa. Doug, Della and their four daughters were one of the first families to move into Prescott Valley in 1969, along with Doug's parents, Siebert and Rose Shoop. Doug is a retired electrician from SPE. Della is a retired bus driver and kitchen worker from Humboldt USD. They moved to Paulden in 1998, where they currently reside.

There will be an Open House at their home beginning at 11 a.m. All friends are welcome.