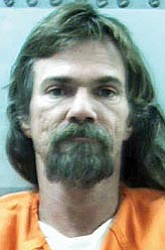 The 13-year-old victim's father called deputies Nov. 5 saying his daughter told him Shatzer had molested her while she slept on Nov. 2. Shatzer had spent the night at the family's home in Wilhoit.

The father said Shatzer denied doing anything inappropriate. But a few days later a mutual friend told the father that Shatzer admitted to the molestation. Shortly after that, the father received a letter from Shatzer apologizing for his behavior, D'Evelyn said.

When detectives followed up on the complaint, they found child pornography images at Shatzer's home.

Shatzer is in the Yavapai County Jail in Prescott on a $50,000 bond, D'Evelyn said. Officials have scheduled him for a court appearance later this week.