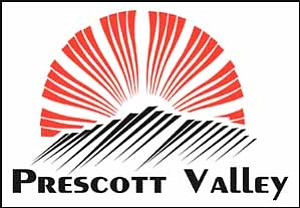 PRESCOTT VALLEY - The Town Council Thursday routinely approved a trio of ordinances to comply with a state employer sanctions law that cracks down on hiring illegal immigrants.

The council followed guidelines that the League of Arizona Cities and Towns prepared to help municipalities to comply with the law, also known as the Legal Arizona Workers Act.

The act requires employers to verify the immigration status of prospective employees through the federal E-Verify program. Employers who knowingly hire illegal immigrants face the loss of their business licenses.

Provisions of the act involving business licenses, contracting and incentives went into effect Oct. 1, according to guidelines from the league. Arizona voters Tuesday rejected the business-backed Proposition 202, which would have weakened the provisions of the sanctions law.

The three ordinances went to the council for first readings Oct. 23. The council needed to undergo second readings before adopting the ordinances.

• The council issued certificates of appreciation for five years of employment to Dorothy Haitoff, Mark Kramer and Diane Russell and a Mayor Recognition Award to Steve Rutherford for his contributions to economic development.

• The council approved an ordinance that rezones 230 acres on both sides of Valley Road between the Big Sky Industrial Park and the sewer plant from residential to industrial for the Fain Signature Group and Fain Land and Cattle Co.

• The council OK'd a request from Viewpoint Investors LLC to rezone 5.2 acres for a future mini-storage business south of the Viewpoint subdivision and north of Highway 89A.

• The council approved the final development plan for Yavapai Bottle Gas for a propane filling center and on-site storage of trucks and empty tanks at 623 S. Bennett Drive.

• The council extended the appointments of Ellen Babbitt and Joe Huot on the Planning and Zoning Commission through Oct. 31, 2011.