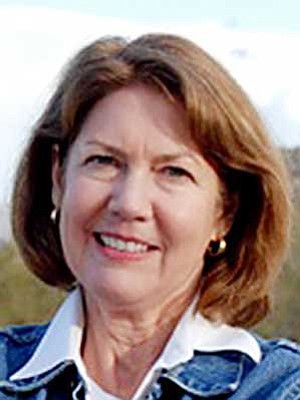 For the first time in more than a quarter-century, Yavapai County has a Democrat in Congress.

"It's an historic moment," Kirkpatrick said from Flagstaff Tuesday night. She credited hundreds of volunteers who knocked on doors and made calls.

Kirkpatrick garnered 55 percent of the vote compared to Hay's 41 percent in preliminary results posted by 11 p.m. Tuesday. Independent Brent Maupin got three percent and Libertarian Thane Eichenauer had one percent.

Yavapai was one of only two counties in the district that picked Hay over Kirkpatrick, although it was close. The huge rural district contains parts of eight counties, and Yavapai has the largest voting block.

The last time a Democrat represented this county in Congress was 1981, when long-time incumbent Bob Stump decided to switch from the Democratic to the Republican Party after voting for the Reagan tax cuts.

At that time, Yavapai was part of the 3rd Congressional District.

This also is the first time that the U.S. House delegation from Arizona has a majority of Democrats, five to three, since 1966. Until two years ago, Republicans held six of the posts.

Kirkpatrick noted she also is the fourth woman to represent Arizona in the House of Representatives. She is a native of the district.

Incumbent Rick Renzi decided not to run again. He is facing a 35-count indictment with a trial set for 2009.

He has not made a public appearance in Yavapai County since voters elected him to his third term two years ago.

"Tonight is just the beginning of a long conversation about changes we want in the district," Kirkpatrick said Tuesday, not long after the Associated Press called the election in her favor around 8:35 p.m.

For example, she plans to establish a consumer services constituent outreach program that will include videoconferencing with local elected officials.

"From the beginning, the national party told me it was going to be a bad year and there won't be any money for anyone except vulnerable incumbents," Hay related.

During the last week of the campaign, the DCCC and Kirkpatrick spent more than she spent during her entire campaign, Hay said.

"That's pretty tough to overcome," Hay said from her campaign headquarters in Prescott Tuesday night. "I think the Republican national leaders will look at this and think, 'This is a race we should have got involved in.'"